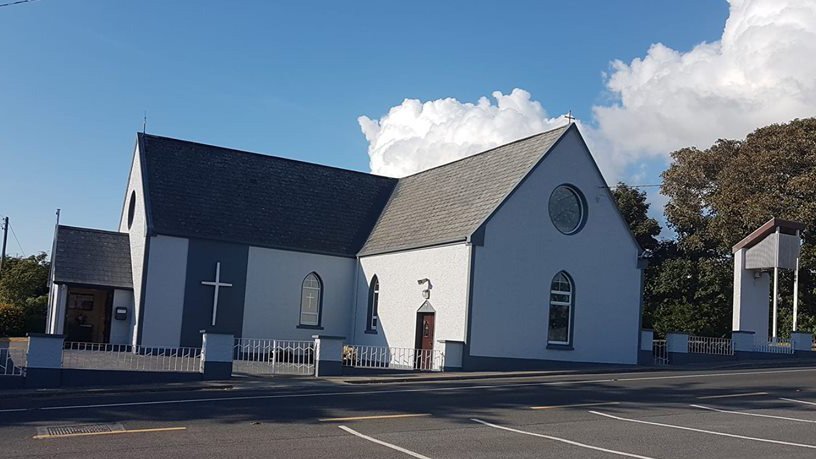 Fr. John Kenny P.P. of Kilrush built a church on Chapel Hill c.1829.It was a typical cruciform building that underwent many changes over time. On looking at the aisles, one major difference becomes apparent in that the left aisle is longer than the right. The explanation for this goes back to the 1890’s when it served as a school. Following the building of Killimer School in 1885,the chapel was no longer needed as a schoolroom and was incorporated into the main church building to accommodate the congregation when renovations were being carried out.

Locals recalled that stones from Carraig na gCath were used in the renovations, in this era. The shorter right aisle featured a gallery, thus boosting accommodation capacity. The interior woodwork of ceiling and roof was unique, in that each roof truss rests on cut limestone supports protruding from the wall.

In May 1959 the Bishop of Killaloe, Most Rev. Dr. Rodgers, officiated at a thanksgiving ceremony in St. Imy’s Church to mark it’s renovation, which was carried out at a cost of £3000. The new bell for Killimer Church cost £284. Speaking after the ceremony, His Lordship said that ‘The historic parish of Killimer, steeped in a tradition of faith and love of God. It was a grand thing to see a church well kept, as it was a yardstick, so to speak, so to speak, of how strong the Faith was in a Parish. If a church was well kept it was then certain that Faith in the district was strong. There has been a wonderful transformation in the Killimer Church in a short time and it was now, thanks to the priests and the people, a thing of beauty and a worthy home for Jesus as well as a perpetual monument of the people’s love and loyalty to the Faith’

On 1st August 1969, work began on the reconstruction of this church, under the supervision of Fr. Sheehy. The O’Driscoll family donated a portion of the land to accommodate an extension to the church grounds, while the Crowe Family donated land to accommodate a car park. Many volunteers gave of their time to the project, while Mrs. Neenan made Her kitchen available and She herself supervised the cooking of the meals for the men. The Bell, donated by the Hassett family was transferred to its present location. On Easter Sunday(29th March 1960) mass was celebrated for the first time in the renovated church. The carved Stations of The Cross which came from Fatima,were erected. In later years they were framed by Vincent Cusack,Kilrush.

Though this beautiful Church underwent extensive renovations over time, it still retains it’s woodwork and craftsmanship and is still an intimate place of worship each Sunday for the local community. It should be remembered that the Parish derives it’s name Killimer from the Church of Imy (Cill Imí). 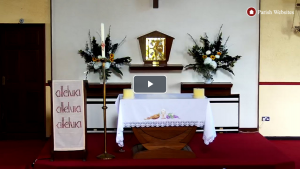 Manage Cookie Consent
We use cookies to optimize our website and our service. We also use cookies to provide social media features and to analyze our traffic. For more information on what each type cookie does visit our
Manage options Manage services Manage vendors Read more about these purposes
View preferences
{title} {title} {title}